After a recent discussion with a friend about the different drinking cultures around the world, we concluded that the booze culture in Britain is completely unique.

Having travelled to a fair few countries, nothing really compares to the relationship British people have with alcohol.

Pub & club culture and attitudes towards booze in the UK are like nothing you will ever experience anywhere else.

To say that alcohol is the focal point of daily life is an understatement.

Booze dominates social events and special occasions. It also dominates many sombre events and mundane ones too.

I took my first drink around the age of 13 but I didn’t start drinking properly until I was around 15-years-old when everyone my age was doing it.

We would drink at the park or at house parties. We would drink before going clubbing (there was an underage nightclub in our town). We would even try to get into pubs and proper nightclubs…with limited success!

Booze, for me, was a great way to talk to girls and socialise with people from my school who maybe I wouldn’t during the day. It was fun (but ultimately destructive!)

We’d sneak around pretending we were staying at one person’s house when really we were staying somewhere else hooking up with women. Our whole year group at school was doing the same things every weekend, although some of us took it further than others.

A few people, myself included, would even start sneaking booze into school. This is where I believe my trouble started. I loved the funny feeling of ‘being pissed’ (drunk – for you Americans). However, it was probably where an addiction began…before it was later cemented throughout my 20s.

Anyway, this kind of behaviour was the norm for a lot of young Brits and is how many parts of the country began their drinking careers.

Before long, going clubbing transitioned into the next phase of normal British life – binge drinking at weekends when you’re 18 – 21 (and beyond) – something that is almost seen as a right of passage.

Almost every social interaction at this age is set to a boozy backdrop or hungover reminiscents. It’s worse in some parts of the country that witness drug culture form from an early age.

In my case, cocaine started becoming more prevalent around 18/19-years-old, the same with ecstasy. However, it was my early 20s where cocaine really took hold…more on that another time.

Back to the booze.

Brits have a well-earned reputation for boozing abroad, something I have witnessed first-hand.

Drunken Brits head out to sunny destinations each year and cause chaos. They may provide a boost in tourism in many countries, but they also provide a headache for locals who are now sadly becoming accustomed to the destructive relationship with alcohol that many British holidaymakers have.

I would like to say I am overexaggerating, however, I am not. We’ve all seen the videos. There have even been TV programmes, films and documentaries specifically made on Brits boozing abroad. It’s a stigma that is widely considered accurate.

Stag and hen do’s represent the majority of this reputation earned by British people, with many of these special occasions becoming more about the booze, actually becoming the tradition, rather than the celebration it was originally intended as.

British students abroad are also a sight that many may have witnessed and been shocked to see. Excessive drinking by the youth whilst abroad is considered normal.

But it doesn’t stop with the youth. Expats boozing abroad and middle-aged pub drinkers are also a fixture of the stereotypical drunken Brit, along with the ramifications of their heavy boozing.

Drunken arrests, rehabs and hospital visits are sadly part and parcel of the excessive drinking culture instilled in the people of the UK from an early age.

All of which can lead to some people’s drinking spiralling out of control.

If you think I am bashing Brits, I’m not. Having lived nearly all my life in the UK, I have witnessed first hand our relationship with booze – the pub and club culture is something very unique to the country.

I’ve spent an extended amount of time in the States and although there is an element to what I’m talking about, when I took my British drinking mentality over there, the reaction to mine and that my fellow British friend’s relationship with drinking was one of surprise and shock.

Maybe it was because I was partying nearly every day by this point, but it genuinely sparked the conversation about the difference between the relationships the two country’s had with the ‘liquid poison’.

Now don’t get me wrong, the Americans I met loved to drink. However, in my opinion, their goal never seemed to be to get wasted but more to have a good time – of which booze was the facilitator.

The difference between the two drinking cultures, in my opinion, is that most Brits have this outlook reversed – get wasted, hope to have some fun.

Maybe this isn’t the case for you. Maybe you use booze to loosen up and have fun.

And that’s how it was in the beginning for me.

However, being part of the British drinking culture, and having my own issues that led me to drink more, it slowly became obvious that it was more about the booze and less about the fun.

Either way, I loved drinking in the States. I had a great time and met some amazing people. But I definitely noticed a difference in the way the Brits drank to the way the Americans drank.

The question is: What’s your country’s relationship with alcohol?

Having spent some time in Spain, Germany and France, I noticed that the drinking culture was a little more laid back and less intense. Sure there are exceptions, but these countries seemed less hellbent on getting smashed and more about conversations and having fun interactions.

Whatever your county’s relationship with alcohol is, you don’t need to get caught up in it. Stay well away from going out solely with the purpose of getting smashed. If you drink, drink in moderation. If not, don’t drink at all.

Try to have fun but remember, when the fun stops, stop.

Have you ever witnessed British people drinking?

I would love to hear from you, please leave a comment below.

Thank you for reading “Booze Britain”.

Be sure to check out the last post: “Men In The Age Of Political Correctness“.

If you’ve enjoyed what you’ve read, then why not Buy Me A Coffee

Check out all the Birth of Clarity Links

Buy me a coffee 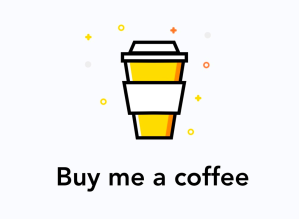 Join over 1k tribe members who read my newsletter 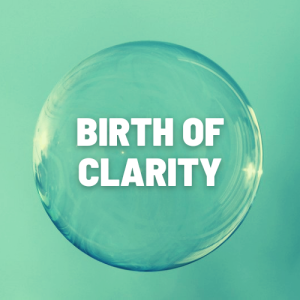